Who Are Those Guys? - Bernard Bonnin 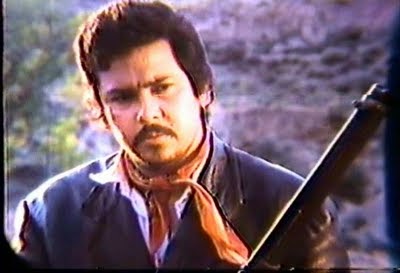 He rose to fame with the 1965 movie, “Palos”. In 2008, ABS-CBN remade Palos into a television series starring Jake Cuenca, with Bonnin returning in a supporting role. Dubbed the “Pretty Boy of the 60s,” Bonnin would go on to star in over 170 movies in a career that spanned four decades, including his first film “Ay Pepita” followed by such well known Filipino films as “Gagamba”, “Ako ang Lalagot sa Hininga Mo”, “Code Name: Bomba”, “Target: Captain Karate”.

His only Euro-western was as a supporting actor in 1970’s “The Arizona Kid” as Leonardo.

Bonnin died at the age of 71 on November 21, 2009 at the Philippine Heart Center in Quezon City following multiple organ failure due to diabetes. He is buried at the Heritage Park in Taguig City.