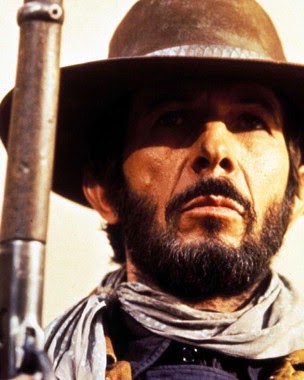 American actor Leonard Nimoy died today February 27th at his Bel Aire, California home of chronic obstructive pulmonary disease. He was 83. He had been diagnosed with the disease a year ago and attributed it to his smoking which he quit over 30 years-ago. Nimoy was best known as the Star Trek character Mr. Spock but appeared in many western, mostly on TV dating back to the 1950s. His lone Euro-western was in 1971’s Catlow as bounty hunter Orville Miller.
Posted by Tom B. at 10:45 AM