Who Are Those Guy? - Alberto Bonucci 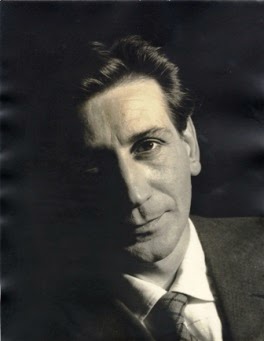 Alberto Bonucci was born in Campobasso, Molise, Italy on May 19, 1918. After acting in various theater companies, and on radio until the early 1940s, he moved to Paris in 1949, performing with Vittorio Caprioli and Luciano Salce in the cabaret Rose Rouge, and building the foundation for the company that would give him fame and success. Some of his most important and successful roles were: Il corvo, of Carlo Gozzi, with Antonio Battistella, Marina Bonfigli, Alberto Bonucci, Giorgio De Lullo, Mario Feliciani, Marcello Moretti, Giulio Stival, Paolo Stoppa, Olga Villi, directed by Giorgio Strehler (1948) at Teatro La Fenice in Venice.

In 1950 , after the experience at the Piccolo Teatro in Milan, he founded with Caprioli and Franca Valeri the famous company of Theatre Gobbi , which launched a new style of comedy, made of satire, and which also gave rise to various radio, presentations such as The Nutcracker
(1952) and Women by James Thurber (1953, edited by La Capria, directed by Giagni) to Courteline Italian (1954, directed by Mondolfo).

Bonucci is remembered for his participation in such theatrical shows as Intrighi d'amore (1951), in presentations such as Senz rete (1954, written by Paolo Panelli) and film as “Luci del varietà of Lattuada and Fellini (1950) and “Carosello napoletano” of Giannini (1954 film version of the story). In 1963 he also directed the episode “Il serpent” the story by Mario Soldati, for the film “L’amore difficile”.

Bonucci was also very active as a voice dubber before developing and dying from a brain tumor on April 5, 1969 in Rome, Italy.