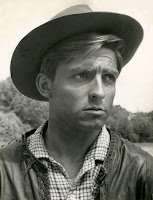 Spanish actor José ‘Pepe’ Sancho received a last farewell on Monday March 3, 2013 by friends and family and the world of film and theater. His body was cremated in "strict" privacy by his family’s desire in Valencia Spain.

Pepe Sancho died Sunday in Valencia at age 68 a victim of cancer. His death occurred at the Valencian Institute of Oncology Foundation, where the actor died surrounded by loved ones.

Sancho, who was from Manises (Valencia) and shot to fame in his role as "The Student" in the TV series of ‘Curro Jiménez’ and had a long career in film and theater. He had recently starred in and directed the play ‘The Don Friolera Horns’. On television, specifically in TVE he is remembered for his role in the series ‘Don Pablo Tell’.

The actor had worked under such directors as Luis Garcia Berlanga, Vicente Aranda, Iciar Bollain, Mariano Barroso and Pedro Almodovar. He starred in “Hable con ella y en Carne trémula”, for which she won a BAFTA for Best Supporting Actor .

In his long career, we also cannot forget his dedication to the theater, a genre that began at age 18, he never left and embodied roles of all kinds, from classical to contemporary theater. His last project, ‘The English Lover’ as Marguerite Duras in the Spanish Theater, under the command of Natalia Menéndez, he had to leave, before its release in early February. He was replaced in this project by the veteran actor José Pedro Carrión.

José Sancho appeared in 6 Euro-westerns from “Massacre at Fort Grant” (1964) to “Vengeance of Pancho Villa” (1967). He made a guest appearance on the TV series “Queen of Swords” as Don Rafael Alvarado whose death starts the adventures of his daughter Tessa Alvarado played by Tessie Santiago as a female Zorro figure. Sancho was also a voice actor and was the Spanish voice of Mario Adorf in the 1963 Euro-western “Apache Fury”