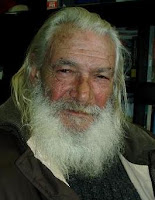 Ramón Carlos Mirón-Muñoz Bravo was born in Casablanca, Morocco on March 6, 1943.Bravo is the son of Spanish republican exiles. He was educated and studied acting in France. He’s appeared in over 85 films and TV appearances in his 50+ year career and is still active. Known to us by his stage name Charley Bravo he appeared in supporting roles in 20 Euro-westerns from “Cemetery Without Crosses” (1969) to “Scalps” (1987). Bravo’s latest appearance is in a 2012 film short called “Las Meninas” and in the recently released documentary “Contra el tiempo” (1912), where many of the character actors and actresses of Spain’s Golden Age of film are interviewed. Today we celebrate Charley Bravo’s 70th birthday.