Who Are Those Gals? - Candice Bergen 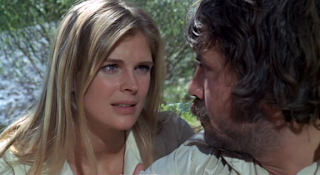 Candice Patricia Bergen was born on May 9, 1946. Candice became an American actress, producer former fashion model. She is known for starring in two TV series, as the title character on the situation comedy ‘Murphy Brown’, for which she won five Emmy Awards and two Golden Globe Awards; and as Shirley Schmidt on the comedy-drama ‘Boston Legal’, for which she was nominated for two Emmys, a Golden Globe, and a Screen Actors Guild Award.

The daughter of famed ventriloquist Edgar Bergen and former actress and "Chesterfield Girl" Frances Bergen, the Beverly Hills born-and-bred Candice was surrounded by Hollywood glitter and glamor from day one. At the age of 6, she made her radio debut on her father's show. Although she began taking art history and creative drawing at the University of Pennsylvania, she did not graduate due to less-than-stellar grades. In between studies, she also worked as a Ford model in order to buy cameras for her new passion--photography. Her first film was “The Group” (1965), which was based on Mary McCarthy's novel of the same name. She starred in several major films throughout the mid-1960s to early 1980s such as “The Sand Pebbles”, “Carnal Knowledge”, “The Wind and the Lion”, and “Gandhi” and received an Academy Award nomination for her role in the 1979 film “Starting Over”. Her later career includes character roles in “Miss Congeniality” (2000) and “Sweet Home Alabama” (2002). Bergen appeared in only one Euro-western 1971’s “Hunting Party” with Gene Hackman and Oliver Reed.

A political activist, Bergen accepted a date with Henry Kissinger. During her activist days she participated in a Yippie prank when she, Abbie Hoffman, and others threw dollar bills onto the floor of the New York Stock Exchange in 1967, leading to its temporary shut-down. In 1972, she served as a fundraiser and organizer for George McGovern's presidential campaign.

In addition to acting, Bergen has written articles, a play, and a memoir, Knock Wood (1984). She has also studied photography and worked as a photojournalist.

On September 27, 1980, she married French film director Louis Malle (Bergen herself has traveled extensively and speaks French fluently). They had one child, a daughter named Chloe, in 1985. The couple was married until Malle's death from cancer on Thanksgiving Day in 1995.
Since June 15, 2000, she has been married to New York real estate magnate and philanthropist Marshall Rose.