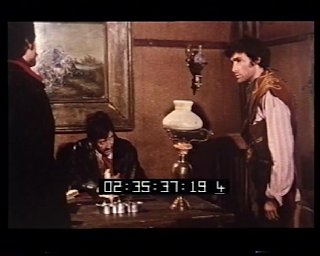 A father and his two sons defend the oppressed against oppression.

[Apparently the film was made from unused footage and clips inserted from Angelo Pannacciò’s earlier film “Requiem for a Bounty Killer”. Ray O’Connor (Remo Capitani) and Charles Pendleton (aka Gordon Mitchell) deny involvement in the film and both claim they never heard of the title. Capitani remembers some unused scenes filmed at Mitchell’s Cave location that may be his scene used in this supposedly never released film.]