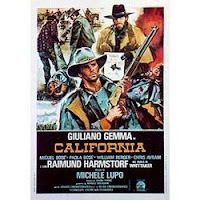 Michele Lupo was born on December 4, 1932 in Corleone, Sicily, Italy. From the late 1950s and early ‘60s he began his career as an assistant director until his directorial debut in 1962 with the Peplum film “Maciste il gladiatore più forte del mondo”, for which he was signed for two sequels. After directing some other mythological films he started directing crime, and western films. His excellent direction stands out in “Colpo maestro al servizio di Sua Maestà Britannica” and “The Ballad of Ben and Charlie”. Lupo also directed other Euro-westerns such as “Arizona Colt” (aka “The Man from Nowhere”) (1966) and “California” (1977). On the threshold of the eighties he was signed along with Bud Spencer and Elio Scardamaglia to direct the Sci-fi comedy “Uno sceriffo extraterrestre... poco extra e molto terrestre”, “Lo chiamavano Bulldozer” and “Bomber”. Lupo died in Rome on June 27, 1989 at the age of 56. Today we remember Michele Lupo on what would have been his 80th birthday.