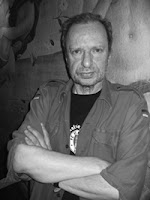 German radio is poorer as one of their legends Konrad Halver died  on November 30, 2012. The actor, director and voice actor Konrad Halver has died at the age of 68 years, from cancer.

In recent years, Halver, which for some time had been semi-retired, again appeared producing and directing his remarkable radio play roles and audio books which attracted attention, including two stage readings, a study commissioned by KARL MAY & Co. in 2005, first the story "Blutrache" one year later "Der Kutb". In May 2009, Konrad who was the radio voice of Winnetou appeared at the 25th anniversary celebration of KARL MAY & Co. in Radebeul near Dresden.

Halver made himself virtually immortal in the Karl May universe through the decades of the 1960s and 1970s for his performances as Winnetou, where he spoke in almost 40 radio plays. Halvers last encounter with Karl May was held this year: In the on-Brendow Publishing's radio version of "Old Cursing Dry" he read the title role.

Halver was a widower and leaves a brother.