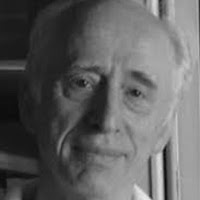 Jean Francois Gire announced on Sunday February 21, 2021 the passing of director Giancarlo Santi in Rome. He was 81. Santi was born in Rome, Italy on October 7, 1939. Santi began his career as production assistant for Gian Vittorio Baldi and later became and assistant director of Marco Ferreri on “L’ape regina”, La Donna scimmia” “Controsesso” and “Marcia nuziale” Santi collaborated with Sergio Leone on “The Good, the Bad and the Ugly” and “Once Upon a Time in the West”. He was chosen by Leone to direct “Duck You Sucker! After Peter Bogdanovich was fired, but the American production rejected this decision and Leone was forced to direct the movie. At any rate, Santi was the second unit director. He finally debuted as director in 1972, with the spaghetti western “The Grand Duel”.
Posted by Tom B. at 4:53 PM