How and where they filmed, Karl May 1965: “Surehand is a friend of the Indians”. 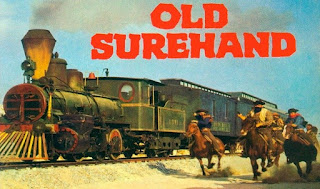 Sentimental Captain, Justice of the Peace, and a passionate lawyer.

Among the new faces are two Germans. Eric Schumann, formerly known in Germany for military films, will play Army Captain Miller. Arriving at the shooting in Yugoslavia, he decides that he will continue to act in the next film "Flaming Frontier". But the second part of "Old Surehand" will not be, and the charismatic captain will remain a half-revealed character.

Referee Dick Edwards will be replaced by Berliner Wolfgang Lückschy instead of the announced Fritz Tillmann. Behind him already three westerns, the most famous of which is Per un pugno di dollari / “Fistful of Dollars” (1964), directed by Sergio Leone. To the Yugoslav Wild West, Lukša will “move” from the “eastern” film adaptation of Karl May “Durchs wilde Kurdistan” / Wild Kurdistan (1965).

Toby, a young lawyer in love with Judith, will be embodied by blue-eyed Italian Mario Girotti. He will appear on the "May" screen for the fourth and final time, to later become famous in spaghetti westerns under the pseudonym Terence Hill. I hope we will write about him someday.

The Yugoslav side will once again flourish with a rich palette of charismatic characters. Serb Milan Srdoch will play Old Wobble, Surehand's silly companion for the third time. 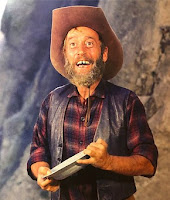 After the first two films, the public finally learns about the past of the comic hero, about the closeness of his relationship with the main protagonist. Srdoch's passages on the screen are not always elegant, but this is exactly what was required of him according to the script, and the viewer will be engrossed in his memory of his dislike of "snake soup" ... Although, if we turn not to the script, but to the original source - Karl May, where Wobble looks and behaves completely differently. However, the screen ironic Old Surehand is also far from the bookish one. The hard-to-pronounce name and surname of the Serbian actor in German credits will be replaced by "Paddy Fox" - a playful nickname given by Stewart Granger.

In his country, Srdoch was known as a great comic performer and parodist, but, as they say, “the master of the episode”. He confessed: “I have long resigned myself to the fact that I would not be the "main" actor, that somehow I slipped the moment. But when I do it right, it's good. It is better to be a prominent supporting actor than to spoil the case as the main one.”

Another Serb, Dusan Antonievich, will change the costume of the leader of the Jicarilla from Winnetou III for the clothing of the leader of the Comanches. The hairstyle and wampum are also new, but the knife in a bright Indian case is old. It will smoothly migrate from the White Buffalo belt to the Maki-Mote belt. In both tapes, the leader has a son. At first, Jovan, the real son of Dusan Antonievich, was approved for the role of the son of the White Bison in the first film, but then he was replaced by Slobodan Dimitrievich, who had previously played in the "maievki".

On the set of "Surehand" there is no longer any hesitation - Tu-Wan will be played by the Croatian stuntman and actor of the episode Shimun Jagarin, who is remembered for his unique direct "Indian" riding position. Yes, and Dushan himself, well accustomed to the image of the leader, I must say, looks very organic.

Croat Vladimir Medar, who was very popular in the then Yugoslavia, who appeared in "shirts" as a bartender, then as a migrant, will get a more serious role of Ben O'Brien, the bearded uncle of erratic Judith. And although according to the plot he will die at the hands of a hired killer, before he reaches half of the film, his peculiar manner of conducting a conversation and laughing will be immediately remembered by the audience.

Other well-known Yugoslav actors will also appear in the film: Elena Jovanovic Zhigon (Delia), Bata Zhivojinovic (Potter), Germina Pipinich (Molly), Voya Mirich (Joe), Velko Maricic (McHara), Dusan Janichievich (Clinch) and the up-and-coming young Predrag Ceramilats as the cowardly guide who abandoned Surehand. It is worth noting a certain peculiarity - in the film, a large number of Serbian, not Croatian performers are employed in secondary roles, which is not quite typical for “Jadran Film”. However, at that time, Serbs, Croats, and Boshniks - they were all called Yugoslavs and were constantly filmed at various national studios in the country.

Of course, the "old guard" of stuntmen will work out the main stunts, fights and falls to the fullest, two of whom will even get small roles. As already mentioned, Shime Yagarinets will become the son of the Comanche leader Tu-Wan, and Miroslav Bukhin will play Bob - also the only son, of the farmer MacHara. At the same time, both will die, but more than once they will appear in frames in different makeup and clothes.

There is some misconception that cavalrymen of the Yugoslav People's Army have always participated in large-scale scenes with horses in Yugoslav joint film projects. This really happens. If there are not enough well-trained horses and riders, they turned to the Alka association from the city of Xin, from where private traders came on their horses and with their own ammunition. For the filming of "Old Surehand" we also used the services of an equestrian club from the Serbian town of Pozarevac. With these guys, "Yadran" has traditionally had an excellent relationship. The village horsemen dashingly managed the horses and fell at full gallop very fervently penned when a very large crowd was required. But much more often the cavalry was provided by the film studio "Yadran-film", engaging horsemen from the Zagreb hippodrome.

Among them will be the Belgrade stuntman Minja Vojvodic, who has already starred at the Avala-film studio in Brauner's co-productions of “Der Schatz der Azteken” / The Treasure of the Aztecs and “Die Pyramide des Sonnengottes” / The Pyramid of the Sun God, and later gains popularity in the GDR, where he will appear on the screen as the Black Eagle along with Gojko Mitic in the film “Tecumseh” (1972).

After the organizational arrangements and some minor twists and turns, most of the film crew of the film "Old Surehand" will gather in Ljubljana in the last week of August 1965 to finally start filming, which we will discuss in detail in the following parts.

The text was prepared using materials from the book Michael Petzel: Karl-May-Filmbuch, 1998 Special thanks to colleague Dzhotti for translating the article "Gefährliches Spiel"