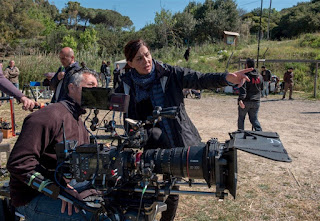 The classic of western cinema Django will be revisited in a series loosely based on Sergio Corbucci's film, in ten episodes of 60 minutes each. The first episodes will be directed by Francesca Comencini, who is also the artistic director of the series; starring Matthias Schoenaerts (The Danish Girl, Red Sparrow, Away from the Madding Crowd, A Taste of Rust and Bone). Django - the series, which will start shooting in May, aims to offer a new approach to the western genre, with a contemporary and psychological edge, and will arrive on Sky in Italy, United Kingdom, Ireland, Austria and Germany and on CANAL + channels in France, Benelux and Africa.

We are in the wild west between 1860 and 1870. Sarah and John founded New Babylon, a city of marginalized settlers, populated by men and women of all backgrounds, races and creeds, which welcomes everyone with open arms. Haunted by the memory of the extermination of his family, which took place eight years earlier, Django continues to search for his daughter, convinced that she survived the massacre. He will be shocked to find her in New Babylon, about to marry John. But Sarah, who is now a grown woman, wants Django to leave, as she fears that if he stays, he will endanger New Babylon. Django, however, believes the city is in danger and is absolutely unwilling to lose his daughter a second time. 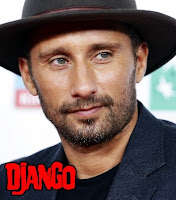 "This project captured me right from the start, also thanks to extremely strong female characters - said Francesca Comencini - Django offers a new and interesting point of view on the idea of masculinity in the western genre. It is a universal story that celebrates diversity and minorities. I'm sure it will intrigue and fascinate viewers from all over the world."

Django, is a Sky Original series and a CANAL + Original Création, produced in English by Cattleya part of ITV Studios, and French Atlantique Productions. The series was written by Leonardo Fasoli (Gomorra - La serie, ZeroZeroZero) and Maddalena Ravagli (Gomorra - La Serie), both also co-authors of the subject together with Francesco Cenni and Michele Pellegrini. Two episodes were written by Max Hurwitz (ZeroZeroZero, Manhunt).

"In our research on the genre, we could not fail to arrive at the western, in which our cinema has a very high tradition", said Riccardo Tozzi, founder and CEO of Cattleya, who adds: Django is an Italian western in the sense that it uses the genre to tell the present: in its social and political aspects, as well as in individual problems ".