Who Are Those Gals ~ Angeles Lee 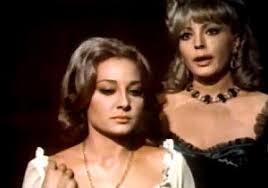 María de los Ángeles Paz López Artigabegan studied piano, harmony, counterpoint and Fugue, composition, singing and lyrical declamation in Valencia, Spain obtaining the highest qualifications, and extraordinary end of career awards the "Mercedes Massi Prize" to the best record of the Academy. She later expanded her studies in Madrid, at the Akademie von Musik in Graz and at the Mozarteum in Salzburg.

As a composer she has published symphonic works, operas, sonatas, song cycles, piano works and chamber music. Her compositions have been premiered in the Netherlands, Belgium, Austria, Germany, Canada, the United States, Denmark, Russia and Italy, among other countries, by such renowned soloists as Sir Walter Boeykens, Enrique García Asensio, Steven Mead and Dmitri Furdnadjiev.

She is the only Spanish composer who has been invited to Harvard University (Cambridge, USA) to present her compositions; She herself interpreted her vocal and piano work, making the world premiere of the first Sonata that has been written in the history of music for voice and piano.

Her opera "The Farewell of Elsa" with libretto by E. Quiles, was premiered on Broadway (New York, USA) performing herself the character of Elsa.

She has carried out a great number of recordings of the international repertoire and of her own work, as well as recordings on radio and television. Her last four records have been, "Three Glances on Spanish Folklore" (author Factory-SGAE), "Moment of Sonatas" (AM Productions), "Collection of Tonadillas-from the XVIII Century to E. Granados" (Several Records-Tañidos) and "Ángeles López Artiga-Works for Piano "(Several Records-Tañidos).

Commissioned by the Valencian Institute of Music of the Valencian General, she composed for the international commemoration of the Year Max Aub, the work for chamber orchestra whose premiere was performed at the headquarters of the Foundation Max Aub on June 2, 2003, the day of its 100 Anniversary.

Billed as Angeles Lee she appeared in only one Euro-western: “Left Handed Johnny West” as Annie Rose. This role has been inadvertently credited to Mara Cruz.

[Thanks for the submittal of this article by fellow film researcher Mike Ferguson.]