Who Are Those Composers ~ Bruno Canfora 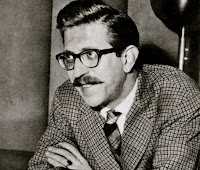 Bruno Canfora was born in Milan, Lombardy, Italy on November 6, 1924. He studied piano at an early age, then studied oboe at the Giuseppe Verdi Conservatory in Milan. During the Second World War, he played several concerts with his group in Trieste. After the war, he moved to Turin and became conductor of the Castellino Danze Orchestra.

Besides having composed scores for television programs and films, Canfora was known for his work in pop music, particularly for his collaboration with Mina, for whom he composed songs like Brava, Un bacio è troppo poco, Mi sei scoppiato dentro il cuore, Sono come tu mi vuoi and Vorrei che fosse amore (the latter two were also translated into other languages like Spanish, the latter also into French). In the 1960's he toured with Mina in Japan and wrote a hit for her in that country: "Anata To Watashi".

Bruno also composed songs for Rita Pavone, Ornella Vanoni, Shirley Bassey, and the Kessler Twins. The Sanremo festival song "La Vita" was brought to international success by and became the signature song for Shirley Bassey as This Is My Life.

Several of his songs became classics. To name a few, besides the above mentioned Mina songs : Fortissimo, Rome by Night.
He composed over 20 scores for films among which was one Euro-western: “Fall of the Mohicans” [1965] which he co-wrote with fellow Italian composer Francesco Lavagnino.

Canfora was the conductor for the Sanremo Music Festival in 1961, 1988 and 1993. In the Eurovision Song Contest, he was the musical director in the 1991 contest that was held in Rome, Italy. He conducted the Italian home entry "Comme è ddoce 'o mare" by Peppino di Capri.