Who Are Those Composers ~ Pippo Caruso 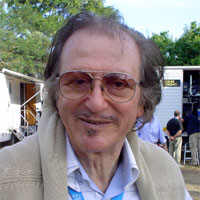 Giuseppe ‘Pippo’ Caruso was born on December 22, 1935, Belpasso, Catania, Italy. He is an Italian composer, conductor and music arranger.

Caruso has linked his professional success to the television presenter Pippo Baudo, who had been a fellow student at university and that Caruso has regularly flanked as conductor in his TV programs starting from Canzonissima 1973. Caruso composed several successful songs, including Mita Medici's "A ruota libera" and Lorella Cuccarini/Alessandra Martines' "L'amore è", and, starting from the 1960s, Caruso also composed several film soundtracks, such as Kill Johnny Ringo and Maladolescenza.