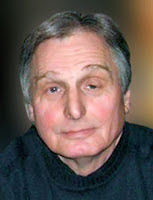 Polish director and animator Anatoly Reznikov died in Germany on January 31, 2018. He was 78. Leopold Anatoly Reznikov was born on December 20, 1940 in Bialystok, Poland. The future director spent his childhood and youth in Tbilisi. In 1961 he began work at the Central Documentary Film Studio in Moscow, where he was fascinated by animation. After Reznikov passed special courses, he began to take the first steps in making animated cartoons. He directed the 1981 Russian animated western film short “Raz kovboy, dva kovboy”.