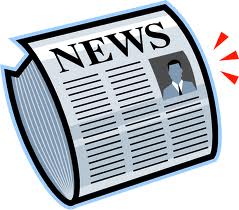 The damages caused by the wind storm in Taberna's sets could exceed 200,000 euros 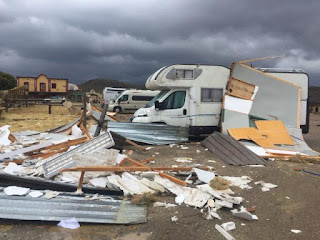 A dozen wooden porches, two roofs, tents at the Indian camp, the guard house, trees ... These are just some of the elements that have been completely destroyed in the 'Fort Bravo' film studios of Tabernas. The culprit is none other than a tornado that, like the one that caused the chaos in El Ejido, devastated everything it encountered on its way last Friday through the Tabernas region.

“Everything happened in just five minutes”. This was pointed out by Rafael Molina, manager of 'Fort Bravo', who explained that he heard a "loud roar" moments last Friday right before the daily show at the 'Saloon', around 12.00, in which there were about fifty people.

"The tornado entered through the Indian camp and destroyed everything in its path, from roofs to sheet metal to entire wood decorations," lamented Molina, while observing that the meteorological phenomenon did not leave anyone injured at the studies he directs and that currently is used for the majority of western film shoots, video clips or advertising spots in this Almeria region.

At the moment, the employees of the studios have collected all the debris left by the passage of the tornado and are now trying to return to calm after the scare that hit last Friday, almost at the same time that several tornadoes destroyed more than 200 greenhouses in the Poniente region after entering by the beach of the ejidense nucleus of Balerma.

Although it is still early to assess the damage caused by the storm, which forced the State Meteorological Agency (Aemet) to activate last Friday a yellow alert for gusts exceeding 90 kilometers per hour, from 'Fort Bravo 'They noted that the loss of sets and other elements of the emblematic studies could exceed 200,000 euros, a figure although still 'provisional', has been confirmed.

As indicated to this newspaper the manager of 'Fort Bravo', the employees realized the magnitude of the tornado after observing the security cameras that are installed at different points of the studios. "We observed how it blew down one of the streets of the town set, great pieces of sheet metal flew towards the parked cars. Thank God we are all good, "added Rafael Molina.
Posted by Tom B. at 6:21 AM