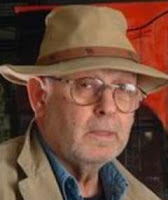 Zeljko Senečić a prominent Croatian film and theater director, stage designer, painter, interior designer and screenwriter died in Zagreb, Croatia on January 2, 2018. He was born in Zagreb on January 18, 1933 and studied painting at the Academy of Fine Arts in Zagreb. He graduated in the class of Professor Marijana Detoni in 1956, and by 1960 he was an associate of the master workshop Krste Hegedušić. The stage design at the Academy of Fine Arts ended in 1960. Zeljko was art director on 1973’s “The Hellhounds of Alaska”.
Posted by Tom B. at 6:21 PM