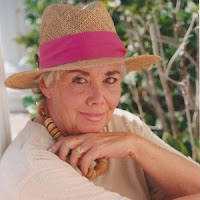 Jan Lowell was born Jan K. Levy in New York on August 23, 1926. She was an actress and screenwriter who married production manager, writer actor, Robert Mark Lowell in the mid-1950s. They had a daughter  Jodi born in 1958. Jan and Robert (Bob) were a writing team credited as J.R. Lowell. The family moved to Rome, Italy in the early 1960s and remained there for 25 years. They were part of the American colony of American actors, writers and film makers who were a major part of Italy’s film industry.

Jan said that, “our literary agent asked, "Can you guys write a western?" Well, we had learned in Hollywood you should never say no, so we said, yes, of course we can. And he said, "Well, there's this Italian named Sergio Leone, who had lifted a Japanese film and translated it" - I think it was called Ugetsu [rather, Yojimbo] - "from Japanese to Italian and then from Italian into English, and he sent it to this American TV cowboy actor, and he doesn't like it. So if you could rewrite it and make it real American, maybe we could have a deal." So we said, "All right, let us take a look at it." We were in the middle of rewriting it when they called us up and said, "Listen, we have some German money, and they have a German actress" - I think that her name was Marianne Koch - "if you could fit in a woman we can get some German money for the film." So we're writing this stupid film, really - which I felt was stupid-  and it was called “A Fistful of Dollars”, and they sent it off to this actor who my daughter at the age of three had adored because she used to sit on her rocking horse and watch Clint Eastwood on this TV show and rock up and down.

Jan goes on, “It was really hysterical. Clint said, "Hell, yeah, I'll do it," so he came to Rome and did the film. It was the greatest story of my then almost four-year-old daughter's life. He was her hero. And it was very, very funny because they said to us, "Do you want "X" amount of money upfront, or will you take a percentage of the gross?" And everybody said, "Oh my God, take the money and run!" So we took the money upfront and we ran, and needless to say, “A Fistful of Dollars” made a million dollars in Italy alone its first year. Well, a year later, we were at a hotel swimming pool club, and Clint was there, and he said to us, "I have to ask you a question." Of course by then he was a big star and we were just Hollywood writers, and he said, "Did you take the money upfront, or did you take a percentage?" We said "Honey, we took the money upfront." He said, "Yeah, so did I," and we both laughed. Of course, Clint went on to become a big actor and we went on to get a lot of writing work in Rome, because they would say "Hey, they wrote “A Fistful of Dollars”. We couldn't get a really good credit, though, because in those days in Italy you could only have one foreign name attached to a film. So it was "Clint Eastwood," and Bob got "Extra Dialogue by Mark Lowell," which really was unfair, because it was our script. But we didn't care, because we thought, "Ugh! God, it's just a piece of junk." Nobody ever thought it would take off like that, but it led to a lot of writing work. 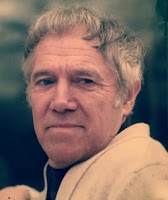