Who Are Those Guys ~ Paolo Carlini 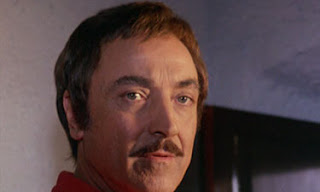 Paolo Carlini was born in Santarcangelo di Romagna, Emilia-Romagna, Italy January 6, 1922. Paolo took acting courses held by actress Teresa Franchini and debuted at very young age on the Italian stage. He was regarded as one of the early stars of Italian television miniseries (the so-called "sceneggiati"). He was also well known for his association with actress Lea Padovani, with whom he starred in a number of critically acclaimed stage dramas in the 1950s. Aside from his long film career, Carlini attained notoriety as the rumored partner of Giovanni Montini, Archbishop of Milan, latterly Pope Paul VI.

Carlini was a very versatile actor appearing on film, radio, TV and as a voice actor. His film career began with an uncredited appearance in 1940’s “The Sinner” playing a ballet dancer. His career continued with over 60 appearances on screen and television until 1979’s “Lo scoiattolo” (Jewel Robbers). He is best remembered for his work in “Roman Holiday” (1953), “The Chronicle of Anna Magdalena Bach” (1968) and “It Started in Naples” (1960). On November 3, 1979 he died from a cerebral hemorrhage.