Who Are Those Composers? ~ John Cameron 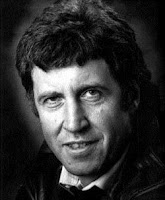 John Cameron was born in Woodford, Essex, England on March 20, 1944. Cameron's career in music began at Cambridge University, where he was Vice-President of the Cambridge Footlights comedy club and performed on the local jazz scene. After leaving Cambridge, Cameron began working as an arranger for folk-pop artist Donovan; his credits include Donovan's number-1 U.S. hit "Sunshine Superman" (co-arranged with Spike Heatley). He became Donovan's music director, touring with him and arranging hit singles "Jennifer Juniper" and "Epistle to Dippy", the albums Sunshine Superman and Mellow Yellow, as well as Donovan's music for the 1967 Ken Loach film Poor Cow.

Cameron also began working in television; one of his first major credits in this area was as music director and arranger for three seasons of the TV variety series Once More with Felix with folk-singer Julie Felix (1967–69), The Bobbie Gentry Show and numerous episodes of the BBC's In Concert series (directed by Stanley Dorfman), which featured artists including James Taylor, Joni Mitchell and Randy Newman.

Cameron also scored two British hits as a songwriter with "If I Thought You'd Ever Change Your Mind", a #20 UK hit for Cilla Black (which was also a #11 UK hit for former ABBA vocalist Agnetha Fältskog in 2004) and "Sweet Inspiration", a Top 10 single for Johnny Johnson and the Bandwagon.

Cameron's first venture in film composition was for director Ken Loach, who asked him to compose the score for Kes (1969). This led to further commissions, including The Ruling Class (1972) with Peter O'Toole, Night Watch (1973) with Elizabeth Taylor, and A Touch of Class (1973) with Glenda Jackson and George Segal, for which Cameron was nominated for an Academy Award.[2] His other film scores included The Rise and Rise of Michael Rimmer (1970) and the cult horror film Psychomania (1973), among many others.