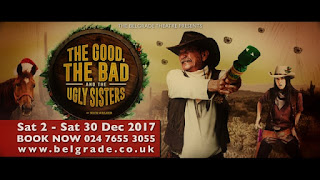 Cinderella is swapping her glass slipper for cowboy boots this Christmas at the Belgrade Theatre in their Christmas comedy,” The Good, The Bad and The Ugly Sisters”, which runs on the B2 stage from Sat 2 to Sat 30 Dec.

Written and directed by Nick Walker, the Belgrade's annual B2 Christmas Show is the perfect, grown-up alternative to the traditional pantomime and provides a belting night out packed full of groan-worthy puns and silliness.

In a spit and sawdust saloon in the Wild West (Midlands), the swing doors are flung open and there stands The Prince, and he's mean, and he's got a six shooter. Is he looking for Cinderella? Or just here to stirrup trouble?

A rootin' tootin' spaghetti western where the glass slippers have spurs, and the bells chime for high noon. Yeeha! 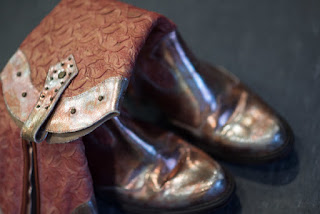 The show lasts around an hour, so it leaves plenty of for a few celebratory drinks afterwards, making it ideal for office Christmas parties or a night out away from the kids!

Holding the reins on this production is Nick Walker who celebrates his fifth year of writing and directing the B2 alternative Christmas show at the Belgrade. His previous shows include vampire spooktacular Vampomime, Film Noir spoof Private Dick Whittington and comedy crime caper Oh No It Isn't!

Adding an extra twist to this fast-paced farce is a cast of four fearless females in the saddle! There will be no time for horsin' around as each one will be taking on multiple roles as the festive shenanigans get underway.

Actor Katy Stephens, is heading back to the ranch to appear in her third B2 Christmas Show at the Belgrade and is also a regular on stage at the Royal Shakespeare Company where she is an Associate Artist.

Audiences may also recognise actor Miriam Grace Edwards, who has appeared in numerous productions for the Belgrade Theatre and across the Midlands at the Birmingham Rep, Wolverhampton Grand and Coventry's Shop Front Theatre.

Completing the cast is Aimee Powell, who appeared recently on the Belgrade's B2 stage in Strictly Arts production of Freeman, which went on to tour nationally. She has also recently performed in Feed The Beast and JUMP! We'll Catch You at the Birmingham REP. 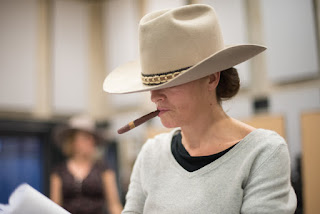 Tickets are available now priced from £13 by calling the Belgrade's Box Office team on 024 7655 3055 or visit www.belgrade.co.uk where tickets are even cheaper online.