We continue to our search for filming locations of the 1970 film “Adios, Sabata”. The scene shifts back to Ocano’s headquarters. A rider comes in and informs him the Austrians are strengthening their positions at several locations. He says he will have the revolutionaries attack when the rifles arrive. In the meantime he assigns several of his men to blow up the bridge at Guadalupe.

Filmed at the Mexican village at outside of Rome which was also seen and used in “The 5-Man Army”. 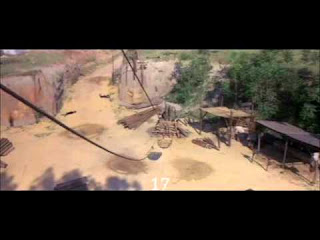