On the occasion of the Release at Specific Bis / The Omega Productions of the sublime vinyl edition of the soundtrack of the Lac des Morts Vivants by Jean Rollin, signed Daniel J. White, we decided to tell you a little about this composer who is not like! 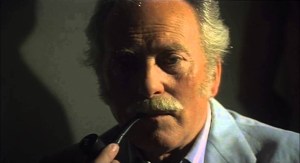 French cinema, in its long and brilliant history, will have known great artists but perhaps more than any other country is equally adept at leaving behind characters with careers and fascinating talents. In his indispensable documentary Journey through the French cinema, Bertrand Tavernier undertakes a work of the collective memory, a cinephile and popular duty that redempts the coat of arms of a whole section of the French cinema completely hidden from its own history, just as it does for some directors and composers. Music occupies an important place in his film but, as Tavernier pointed out in an interview, France has, for a very long time, lacked a policy of recording the soundtracks, which makes it unavailable again today. a very large part of the music composed over more than half a century of French cinema, whether minor productions or classics. And by disappearing, composers also evaporate from history. Jean-Jacques Grünewald, Paul Misraki, Maurice Jaubert ... All these immense talents practically impossible to discover on any audio support, due to non-existent recordings and missing scores.

Among the immense underground world of composers of French cinema, there is one that remains largely forgotten. Multi-instrumentalist having started, as many, as a pianist in jazz post-war cabarets of the capital, Daniel J. White will have signed, between the late 1940s and his death, in 1997, more than one hundred and thirty original bands as well as an endless list of albums dominated by an impressive collection of library music then published at Montparnasse 2000. A true stakhanovist of composition, White often worked throughout the 1950s for Raoul André's comedies and cops. with one of the great forgotten French cinema, Edmond T. Gréville. As the history of colonial France has forgotten many things, it also removed the Patrouille de choc (1957), first film of Claude Bernard-Aubert and first cinematographic attempt to speak frontally of the Indochina war. Extremely realistic - Bernard-Aubert, like Pierre Schoendoerffer, was a war reporter in Indochina - hard and controversial, Patrouille de choc could have revealed a great disruptive filmmaker in the French landscape, but his problems with censorship will have because of him; after several feature films dealing with subjects virtually impossible to discuss in De Gaulle's France, such as war or racism - in the very curious The guts in the sun (1959) and The cowards live of hope (1961) - Bernard- Aubert bury himself in pornographic productions before retiring from the world of cinema. With him, his first film is forgotten. And with this work, also disappears the score of Patrouille de choc, probably one of the most masterful works of Daniel White for the cinema.

The meeting at the end of the 1950s between White and the producer Marius Lesoeur, founder of the legendary production box Eurociné, will be decisive for the rest of the composer's career. From then until his death, Daniel J. White will be one of the main composers of the Eurociné productions, which obviously implies a long collaboration with the artistic pillar of the studio, the hilarious Jess Franco, the following - even productions Marius Lesoeur. With Sadique Baron Von Klaus (1962) starts a long friendship between the composer and the director on a hundred projects, Franco, also a composer and jazzman, often collaborate in pairs with White. After his death, Franco will continue to use the compositions of the latter in his work until his last in 2012. In truth, White will have, on the scale of this colossal collaboration, quite little made-to-measure, Franco especially to tap into his endless collection of library music, but the dimension that his music offers is remarkably consistent, delivering even a personal and arty depth. But the sensibilities of Franco the musician and that of Franco the filmmaker intersect at the precise place where the work of Daniel J. White intervenes. Evidenced by the rippling of his art which, from the sublime strings tormented and melancholy of the soundtrack of the Countess topless (1974) to the joviality of the multiple themes with piano bar accents that Franco will use as well as saloon music in The Jaguar (1963), as cabaret music in The Fall of the Eagles (1989) or as themes to the atmosphere "happy bites" in many of his pornographic tapes. 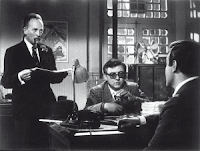 The richness of Daniel J. White's work is infinite. By composing, reworking - many themes composed for a Eurociné film will be taken up, reorchestrés, in the following films of Franco - parodiant - let's take a single example: the theme of Sumuru, the city without men (1969) is an excellent song of credits for a James Bond-like - or imagining - Don Quixote of Orson Welles, completed and edited in 1992 by Franco - Daniel White is of all genres, all styles. We may regret the lack of its name in the credits of some of the most beautiful pieces of the filmography of Jess Franco (his German feature films Soledad Miranda period which show excellent psyche fiber and arty from of the Spanish filmmaker), who would have deserved the involvement of a prolific and diversified musician like him. And if one does not remember him much more than the soundtrack of Belle et Sébastien (1965), his work, almost impossible to form in its most complete appearance, shows a real passion for music, instruments , melodies, and the use that can be made of them.

Today, the two independent labels Specific Recordings - through their little new the sub-label Specific Bis, dedicated to the exciting reunion of original soundtracks from French cinema and exploitation - and The Omega Productions join forces. Their first release, available since the end of October, is a tribute to the work of Daniel J. White who, twenty years after his death, is experiencing for the very first time the release, on vinyl, of one of his many soundtracks which is not neither more nor less than that of the Lake of the Living Dead (1981), legend among the legends in the curious landscape of the French nanar. It is Jean Rollin who, twenty-four hours before the start of the shooting, replaces Jess Franco to the realization - he will sign the film under the pseudonym J. A. Lazer - of what is today a nanardesque pearl of choice. The work of Specific Bis and Omega is thorough and daring. On no less than twenty-three titles, the full soundtrack is available, featuring all of Daniel White's tracks and his synthesizer-inspired use, as well as some of the unmissable replicas of this cult nanar, the glorious 'Promizoulin, Finish' -in ! " on your mind. The accomplishment is impeccable: masterfully led by true enthusiasts, this outing is a vibrant tribute to the work of Daniel J. White. On the stage, the BO of the Living Dead Lake takes on a whole new dimension than that of the soundtrack of nanar we know him: experimental synths engulf music in a chimerical atmosphere that will be visited in turn horror, the love, dread and death, cleverly protecting this obsolete aura worn by remarkable yet delightfully kitsch arrangements. This may not be the best gateway to Daniel White's work, but we will not find a better way to discover the electronic facet of his work than to get this record, the result of long-term work on the part of our two passionate labels.

All his life, Daniel J. White, has not ceased to compose. Not for glory, which he never knew, neither for the money he never benefited from, but for work, and, no doubt, for the satisfaction he derived from the accomplishment of his labors . If only for this, he deserved to be rediscovered, against all the obstacles between his work and his diffusion, the inexistence of his recordings first. Daniel J. White, who has never claimed to be anything but a musician, was the first mad scientist in French film music, an outstanding experimenter, able to immerse himself in all genres, styles, all the innovations.

The soundtrack of Living Dead Lake is available on CD (limited to 500 copies) at The Omega Productions and Vinyl at Specific Bis / The Omega Productions in two versions: a standard version, whose cover features the original film, and a limited edition "swamp green" color vinyl featuring a sublime artwork by Jennie Zakrzewski, available on the Internet and at your best record stores.