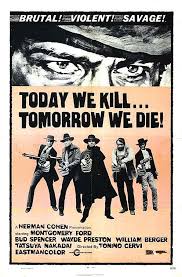 In 1962 American actor Brett Halsey moved to Rome to pursue his acting career. He had made a bit of a name for himself in American films especially B films but he wanted more and moved to where the action was. While in Rome he was offered a western called “Kill Johnny Ringo” in  which he was billed under his name but later in 1968 when offered another western “Today We Kill, Tomorrow We Die” he told the producers okay but to change his name because he didn’t want to be associated with and stuck making western films. His name was changed to Montgomery Ford and the film was highest grossing western that year. Suddenly Montgomery Ford was in great demand but no one knew who he was. In America the film industry knew who he was but wanted to know why he had changed his name. All in all Brett said it was a mistake as all it did was cause confusion and several film offers. He followed up “Today We Kill, Tomorrow We Die” with “The Wrath of God” also as Montgomery Ford before going back to using Brett Halsey in all future films. 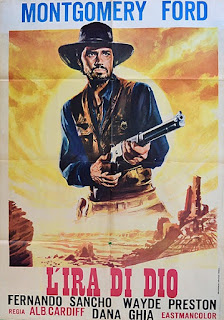