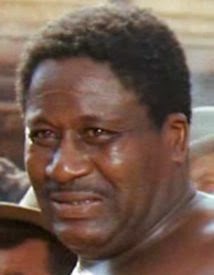 Leroy "Roughouse" Haynes was an American living in France after WWII.  He owned and operated a well known and iconic restaurant which was visited by well known actors and entertainers. The restaurant served soul food and was a jazz nightclub which was visited by American actors and film personnel who longed for a taste of home while making films in and near Paris. The original restaurant was called Gabby and Haynes" named after him and his then wife Gabrielle Lecarbonnierowned, after their divroce he opened another restaurant called Chez Haynes. Leroy died in 1986 but his widow Maria dos Santos kept running the restaurant for 23 years after his death in 1986. Such film, and jazz personalities such as Peter O'Toole, Sidney Poiter, Warren Beatty, Elizabeth Taylor and Richard Burton. Jazzmen like Cab Calloway, Sidney Bechet, Count Basie, Louis Armstrong, Lionel Hampton, Sarah Vaughn, Ray Charles all made  the restaurants a regular place to eat and  enjoy whenever they were in town. Haynes himself appeared in two Euro-westerns: “Ace High” (1968) as a boxer and “The Legend of Frenchie King” (1971) as Marquis. 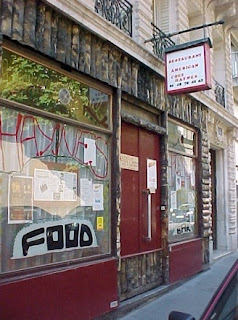