Set in the Far West, during the postwar period of the Civil War, we find the protagonist of FALCON WILD, a hero different from the usual cowboy because he despises his weapons and uses them only in exceptional cases. His goal is to find a precious treasure whose existence has been revealed to him by a late Mexican. In his company he will be accompanied by Baccala Jim, his inseparable friend. In 1961 the series was resume with new themes and settings for the FALCO BIANCO saga.

Falcon Wild was a 1951 weekly Western comic booklet, size 17 x 8.32 cm. with 32 pages. Published by Collana Albo Scugnizzo for Tomasina Publishing. There were 15 published editions, from #1 (March 9, 1951) to #15 (June,15 1951). Stories were written by Stanislao Labruna with inner covers and drawings by Brahms (Onofrio Bramante). 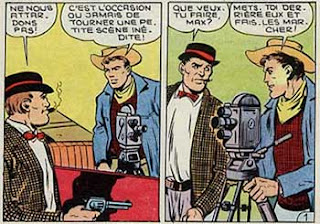 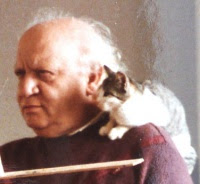 Onofrio Bramante was born in Milan, Italy on August 3, 1926. He often signed his work with Brahms, was educated as a classic painter. Since 1949, he has done a great variety of comics work, in both the humorous as the realistic genre. He made his debut with the adventure series 'King Prater' with text by Gian Giacomo Dalmasso. This was followed by 'Falcon Wild' and 'Silver Pitt' for the Albo Scugnizzo series of the publishing house Tomasina. His production increased with 'Piccolo Crockett' (1959) for Gabriele Gioggi, 'Falco Bianco' (1961-62) and 'Jean Lafitte' (1963) for Dardo, as well as 'Dixy Scott' (1964) for Casarotti and 'Carabina Slim', 'Kwa Sind' and 'Sharaz' for La Terza di Milano. He did war stories for Hurrà and western stories for Manila and Il Santo.

He also had a large output of humorous comics during the 1950s and 1960s. Among his creations are the Indian 'Argentovivo', 'Lupettino', 'Babeo', 'Giuletta', 'Bombolo', 'Top Mix', 'Robin Het', 'Tico Tico', and 'Richetto'. He created several characters for Edizioni Gempelli, such as 'Professor Fantax', Mgù', 'Zizì, Bao e Menemao', 'Il Commissario Barbison' and a new incarnation of 'Argentovivo'. His artwork was also present in the pocket publications of the French publisher Lug with 'Neptune' (in Pampa) and 'Blek le Roc'. Brahms also did some Italian Disney stories for Topolino in the early 1960s.