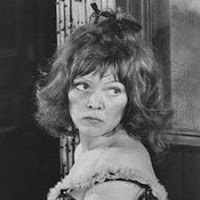 Oscar-nominated actress Susan Tyrrell, known for roles in offbeat films including John Waters' "Cry-Baby," has died. She was 67. Tyrrell died Saturday June 17, 2012 in her sleep at home in Austin, her niece told The Associated Press on Tuesday. Tyrrell, who received a best supporting actress Oscar nomination for her role as barfly Oma in John Huston's 1972 boxing movie "Fat City," appeared in more than 75 movies and television shows. Her niece, Amy Sweet, said her aunt moved to Austin to live near her. She said Tyrrell's legs were amputated below the knee 12 years ago as a result of complications from a blood clotting disorder. Sweet said her aunt's passions ranged from rap music to animals, and that she even had a bug collection.

Tyrrell was born Susan Creamer on March 18, 1945, in San Francisco, though she eventually changed her last name to Tyrrell, her mother's maiden name, Sweet said. Tyrrell grew up in Connecticut and then got her start in acting on the stages of New York City before moving to Los Angeles, Sweet said.

Tyrell appeared as Debby/Alice in the Euro-western “Another Man, Another Chance” (1977) with James Caan and Geneviève Bujold.