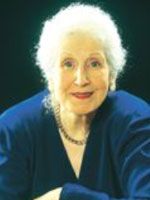 French screenwriter Renée Asseo-Joffé died on June 9, 2012 in Paris, France. She was 86. I could find little about her other than she was married to French director and screenwriter Alex Joffé [1918-1995] whom she often worked with, and the mother of director Arthur Joffé [1953- ]. Renée was a co-screenwriter on one Euro-western, “The White, the Yellow and the Black” (1975) starring Giuliano Gemma, Tomás Milián and Eli Wallach. I could not find where she was born. If I do so I will add information to this obituary notice.
Posted by Tom B. at 4:02 PM