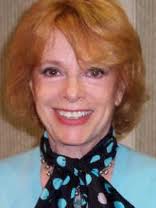 Luciana Paluzzi was born on June 10, 1937 in Rome, Italy. The daughter of an Italian army officer the shapely, reddish-haired Italian leading lady followed a wave 1950s Italian bombshells such as Sophia Loren and Gina Lollobrigida into films, providing sexy eye candy in spy and adventure films. Paluzzi was originally considered for the lead Bond girl Domino Derval in “Thunderball” (1965), instead played by former "Miss France" Claudine Auger. Instead, Luciana played the evil secondary role of Fiona Volpe, the fetching SPECTRE, nemesis who accidentally takes it in the back while dancing with 007, and is probably better remembered for it. Sean Connery's Bond has the memorable line directed to a couple sitting near the dance floor: "Do you mind if my friend sits this one out? She's just dead." That same year she appeared in "The Man from U.N.C.L.E." Although she has appeared in over 80 films and TV appearances she feels her career was never taken seriously and continues to be remembered as a Bond girl. Luciana appeared in one Euro-western 1969’s “The Forgotten Pistolero” as Anna Carrasco again another villainous role. Another Euro-western “Casanova West” (1967) was never completed. Paluzzi was married to actor Brett Halsey [1933- ] from 1960-1962 and they have a son Christian. Now married to Michael Solomon the couple live in Los Angeles, California. Today we celebrate Luciana Paluzzi’s 75th birthday.