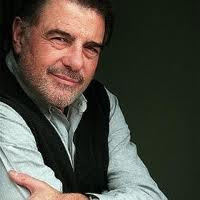 The actor had a successful career, which included more than one hundred films, theater and many television series, and worked until his last days, combining the filming of the series 'Grand Hotel', which is scheduled to return in fall to Antena 3, with the end of the tour of 'The Miser', his last and successful theater project. The actor's body will be cremated and burial will be held privately. The family has made a request to all friends and journalists to respect this request and thanked them for the affection received in recent days.

Juan Luis Galiardo Comes, was born in San Roque (Cadiz) on March 2, 1940, he participated in more than one hundred projects since his beginning in the world of acting, debuting with a role as a leading man in 1960 and after leaving studying Agricultural Economics and Engineering in Madrid.  That record as one of the leading men of Spanish cinema led him to make the leap abroad, especially in Mexico, where he played various roles and developed a large television audience. On his return to Spain he co-founded a production company with several friends, Penelope Films, responsible for the film “El disputado voto del señor Cayo” (1986), by Antonio Giménez Rico, and the TV series “Turno de oficio”, which launched the actor John Echanove, with whom he formed a partnership in Spanish cinema, they worked together in Spain, and Portugal. Throughout his career he combined leading roles with secondary characters. Titles like “Soldadito español” (1988) by Antonio Giménez Rico, “Don Juan, mi querido fantasma “ (1989) by Antonio Mercer, “Pajarico” (1997) by Carlos Saura, and more recently “El caballero Don Quijote” (2002) by Manuel Gutiérrez Aragon, and “El oro de Moscú” (2002) by Jesus Bonilla, which gives a good account of the variety of films of his prolific career.