Who are Those Guys? Raf Baldassarre 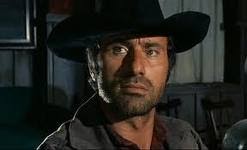 Raffaele Baldassarre was born on January 17, 1932 in Rome, Italy. The tall, slim athletic actor became a well recognized figure in sword and sandal films, westerns and mercenary films. He never rose above the ranks of supporting actor with secondary roles but he was a fan favorite even when he played evil villains. As was the fashion of the period he used several pseudonyms such as Ralph Bladwyn, Ralph Baldasarre and Raf Baldwyn. Raf appeared in over 90 films during his career which started with his first appearance in 1957's “Pirate of the Half Moon” directed by Giuseppe Scotese and starring John Derek until his last appearance in “La avventure dell’incredible Ercole” starring Lou Ferrigno and directed by Luigi Cozzi in 1985. Baldassarre was known to have a gentle disposition and a great sense of humor. He was good friends with Tony Anthony who used him in all of his westerns. Later in his career Baldassare moved to Otranto, Italy where he and his brothers basically owned several businesses and ran the town. Raf became a producer and one of the last ventures he was involved with was narrating a documentary about Pope John Paul II’s visit to Ontranto in 1980. Among his films were over 35 westerns where he usually played slimy Mexicans and outlaw gang members. He’s probably best remembered as the Mexican General who Tony Anthony saves in “Blindman” (1971). But also had supporting roles in such classics as “Fistful of Dollars” (1964), “El Rojo” (1967), “The Mercenary” and “The Great Silence” both in 1968, “Drummer of Vengeance” (1971) and “Get Mean” (1976). The easy-go-lucky actor died in Rome, Italy on January 11, 1995 at the age of 63.