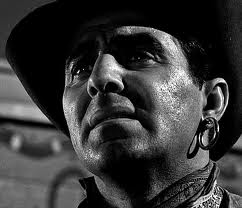 Actor Paul Picerni, died of a heart attack on January 12, 2011 in Palmdale, California. He was 88. Paul appeared in 63 motion pictures and guest starred in 455 television shows. His most prominent role was on the acclaimed TV crime-busting drama “The Untouchables” as “Lee Hobson,” the sidekick to Robert Stack’s “Eliot Ness.”

Picerni felt the desire and discovered his talent in high school and then as a World War II Army Special Services entertainer. He later became a bombardier and flew 25 combat missions. After the war, he moved from New York to California in 1946, enrolled at Loyola University and joined the Del Rey Players as Loyola’s first drama major. In June 1950, he missed his graduation ceremony to play in “Breakthrough,” a Warner Brothers war picture that led Picerni to a seven-year contract and roles in dozens of films, including “Operation Pacific” with John Wayne and “Mara Maru” with Errol Flynn. Picerni is proudest of being the romantic lead in the 1953 horror classic “House of Wax” with Vincent Price.

After his silver screen contract ended, Picerni turned to the small screen. “Working for three seasons on ‘The Untouchables’ was the experience of a lifetime,” he says. It was rigorous — long hours, nighttime shoots, physical tests — but the show raised his profile worldwide. Picerni’s TV work included guest spots on many iconic shows, such as “Dragnet,” “Batman,” “Gunsmoke” and “Kojak.” Telly Savalas, the star of “Kojak,” was his best friend for almost 30 years.

The bright lights didn’t blind Picerni to how his Catholic values and education underpin his achievement. Even 60 years later, his gratitude to Loyola is as fresh as the ingénues in old movies. “The priests were unbelievable men and great teachers,” he says. “They taught me how to live the proper way and not get too wacky as some people in the picture business do. I wanted to be an actor, I wanted to marry an Italian girl, and I wanted a good family. It all happened just right for me. I thank the priests who helped outline my life and my direction.”

Paul Picerni appeared as two different characters in his only Euro-western “Landraiders” (1969). I met Paul at a western film convention in Laughlin, Nevada about 10 years ago and asked Paul what relationship H.P. Picerni was to him in “Landraiders”. Paul said, “You’re the first person to ever ask me that.” He said, “They had originally signed another actor to play the role of Arturo and I was assigned to play Telly’s henchman Carney. The actor who was to play Arturo showed up drunk and couldn’t remember his lines and after multiple takes the director, Nathan Juran, asked me if I could do the part plus my own. Telly was consulted and gave his approval so I donned heavy make-up and did the scene as Arturo.” I asked him if he was given additional pay for the role. With a smile he said no, just the additional credit.

Paul leaves an extended family who are connected to the film industry, mostly as stuntmen, women and pilots. His brother is director Charles Picerni.
Posted by Tom B. at 2:32 PM