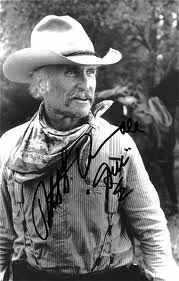 Robert Selden Duvall was born on January 5, 1931 in San Diego, California, and is one of America's greatest actors and directors. He has won an Academy Award, two Emmy Awards and four Golden Globe Awards over the course of his long career.

Duvall appeared in only one Euro-western 1971's "Lawman" with Burt Lancaster directed by Michael Winner. Today we celebrate Robert Duvall's 80th birthday.
Posted by Tom B. at 7:14 AM