Who Are Those Composers ~ Bruno Zambrini 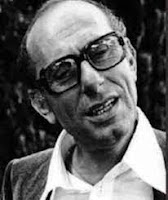 Bruno Zambrini was born in Francavilla al Mare, Chieti. Italy. In a very long and varied career, Bruno has written some of the greatest hits of artists such as Domenico Modugno, Gianni Morandi, Mina and Patty Pravo; he has also written numerous soundtracks, including almost all those of Fantozzi's films, collaborating extensively with Neri Parenti and later with Fausto Brizzi.

At the Zecchino d'Oro he participates with "Il sorpassista", presented at the 13th edition.

He co-contributed the score for one Euro-western to the genre: “Behold the Strange, Stimulating Smell of Dollars” (1973)