Who Are Those Guys? ~ Guido Celano 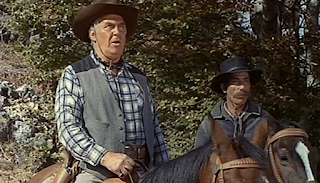 Guido Celano was born in Francavilla al Mare, Abruzzo, Italy on April 19, 1904. After his high school studies in Rome he studied acting, devoting himself initially to a theatrical career. It was noted by Mario Camerini, that he wanted Guido in the silent film “Rotaie” 1929, where he appears in a very short sequence. The following year he appeared, next to Leda Gloria, in the film “Terra d'Incanti” by the director Nicola Fausto Neroni, which "was screened on the screens with sound disks" in mid-August 1931. Later, in 1931, he played a part in the film “The Devil's Lantern” directed by Carlo Campogalliani. In 1932, he played the lead role in the film “Palio”, directed by Alessandro Blasetti, in which Celano plays the part of a womanizer jockey, Zarre, with Leda Gloria.

From then on he appeared in many films in the most diverse roles, working in the cinema until his death, often in secondary parts or as a character actor. In 1967 he made his directorial debut with two western films, taken from his original subjects, both signed under the pseudonym of William First and whose screenplay took advantage of the well-known writer Luigi Silori: “The Cold Killer” and “Gun Shy Piluk”. During his film career Celano also acted as a voice dubber.

Several times, in his long career, he played the part of a carabiniere, so as to be included in the special book that Arma dedicated to the Cinema of the sector. He also took part in numerous television dramas in the sixties and seventies, from ‘David Copperfield’ to ‘Treasure Island’, from ‘Buddenbrook’ to ‘Living Together’.

In 1974, together with Dino De Laurentiis, Franco Cristaldi, Silvio Clementelli and Monica Vitti, he received the Premio Medaglie d'oro, the life for Cinema.

Overall, Celano worked as an actor from 1929 (“Rotaie”) to 1988 (“Via Paradiso”), ie for 59 years, as long as Sir Laurence Olivier, who worked from 1930 to 1989, and that the American Film Institute considers the film actor more professionally long-lived.

Celano lived for almost sixty years beside his wife Ernesta Cucchiarelli, an actress of silent films, known by the stage name of Tina Xeo, with whom she had two children; the last of which, Ruggero, died in a plane crash in 1976 in Antalya, Turkey along with nearly two hundred other Italians. Guido Celano died of complications from acute peritonitis at age 83 on March 7, 1988 leaving four children and eight grandchildren.