Who Are Those Guys? - Jack Bowyer 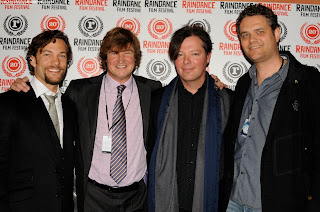 Jack Bowyer is a British producer and actor. He founded Jack Bowyer Productions in 2007 and the first film produced by his company was “GallowWalker” in which Bowyer appeared in the role of Bubis. As an executive producer he’s developed a portfolio which comprises several completed international films including “GallowWalker”, “Dark Hearts”, and “Private Peaceful”. He is a former director of George Gate and Co. and currently is chairman of Powder Train, a small boutique chain of pubs, hotels and restaurants in the southern U.K.