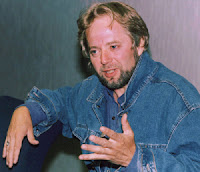 Noted Canadian artist and singer Michael Burgess died in Toronto, Canada on September 28th, following a battle with cancer. Born in Regina, Saskatchewan, Canada on July 22, 1945, Burgess was best known for his role in the Toronto production of Les Misérables where he played the character of Jean Valjean 1,000 times in duration of the production. The yearlong production opened at Toronto’s Royal Alexandra Theatre on March 15, 1989. Burgess appeared in two Euro-western TV series: ‘The Campbells’ as Mr. Davis and ‘Bordertown’ as Arthur Hunnington both in 1990.
Posted by Tom B. at 12:08 PM