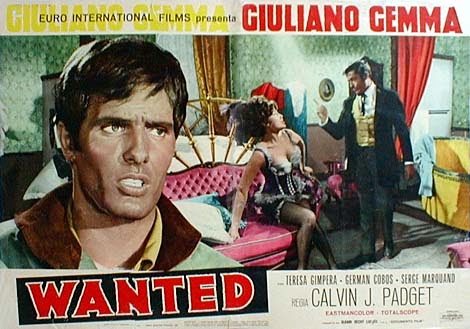 Gary Ryan is appointed the sheriff of a small town where there is reason to suspect that some shady individual operates in the shadows at the expense of the peaceful community. Ryan is attacked during his trip. Arrived in town he takes possession of his office, but before he can get settled he falls victim to a plot and is accused of killing an unarmed man. Despite the confidence of the District Judge, Ryan is forced to flee, now with a $5,000 reward on his head. He intends to find proof of his innocence an find the guilty men Frank Lloyd the aspiring sheriff, and Gold, the corrupt mayor of the city. Despite the difficulties from being an outlaw, Ryan manages, with the help of Father Carmelo and Evelyn, to discover the system devised by the two thugs and their gang to steal the cattle of others with impunity. It is a branding iron with which all the marks of the owners of the area are changed in order to cover the thefts. But once again, Lloyd seems to have the best and David Ryan has to kill them one by one before presenting the evidence to prove his innocence and find the love of Evelyn.