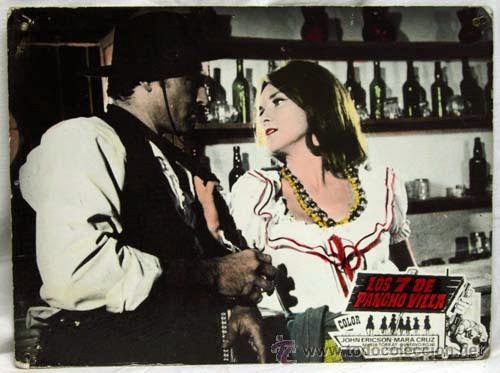 After a battle during the Mexican Revolution, Pancho Villa is wounded and leaves a large treasure in gold in the city of Colón. He is forced to establish an alliance with General Urbina, and he asks seven of his faithful guerrillas to retrieve the gold that he has hidden in a farm, near the New Mexico border. The treasure will allow him to pay for a new army and guns. Meanwhile, the Carrancista troopers and the American army are searching for Pancho Villa's army which is in disarray, to finish them and their leader. The seven men, the General, and a lonesome hired American (Gringo), begin their mission; on the way, they come across an old guerrilla and his young companion, Maria, a sexy brunette who decides to join them, and soon Maria becomes the General's lover. The Gringo is sent on alone to the farm house to see if the coast is clear, but he finds there Vera Stevens, a widow whose husband was murdered by Villa's men. The Gringo understands that in the same action, his dear wife was murdered and decides to double-cross Villa and the guerillas.