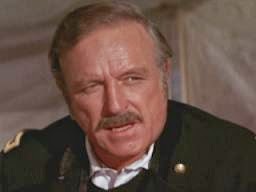 Lawrence Tierney was born on March 15, 1919 in Brooklyn, New York. The brother of actors Scott Brady [1924-1985] and Edward Tierney [1928-1983]. He was a star athlete at Boys High School, winning awards for track and field and joining Omega Gamma Delta fraternity. He earned an athletic scholarship to Manhattan College but quit after two years to work as a laborer on the New York Acqueduct. He bounced around the country from job to job, working for a time as a catalogue model for Sears Roebuck & Co. After an acting coach suggested he try the stage Tierney joined the Black Friars theatre group, moving on to the American-Irish Theatre. He was spotted there in 1943 by an RKO talent scout and given a film contract.

Early in his career Tierney appeared in supporting roles in B movies, including “The Ghost Ship” (1943), “The Falcon Out West” (1944), “Youth Runs Wild” (1944) and “Back to Bataan” (1945). His breakthrough was starring as famous 1930s bank robber John Dillinger in 1945's “Dillinger”. Tierney had a more sympathetic role as a man wrongly convicted of murder in “Bodyguard” (1948), but by the 1950s his well-publicized off-screen brawls began to hurt his career and diminish his parts. He received fourth billing in “Shakedown” (1950), and had a supporting role reprising Jesse James in “Best of the Badmen” (1951). A turn as the villain who caused a train wreck in Cecil B. DeMille's 1952 best-picture Oscar-winner, “The Greatest Show on Earth” earned a request by the director of Paramount Pictures to put Tierney under contract, but the idea was dropped when the actor was arrested for fighting in a bar.

Film offers started to dry up so Tierney returned to the stage, playing Duke Mantee in a touring version of “The Petrified Forest” alongside Franchot Tone and Betsy von Furstenburg. Throughout the 1960s and 1970s he appeared in only bit parts in movies, fallout from continued brushes with the law. Among his film roles was a small part in John Cassavetes' “A Child is Waiting” (1963). He made television appearances in such shows as The Alfred Hitchcock Hour.


His only Euro-western was as General Philip Sheridan in “Custer of the West” (1967).

After several years in France, Tierney returned to New York City in the late 1950s, his troubles with the law continuing. In New York, he worked as a bartender, construction worker, and drove a horse-drawn carriage in Central Park. He occasionally found film work, appearing in a bit part as a security guard in “Good Friends” (1971), “Bad” (1976) and in a small role in Cassavetes' “Gloria” (1980).

One of Tierney's last roles was as a cameo as Bruce Willis' father in “Armageddon” (1998). His agent Don Gerler later recounted "a few years back I was still bailing him out of jail. He was 75 years old and still the toughest guy in the bar!"

Tierney died on February 26, 2002 in Los Angeles, California of pneumonia.

Today we remember Lawrence Tierney on what would have been his 95th birthday.