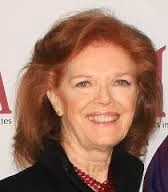 Victoria Louise Samantha Marie Elizabeth Therese Eggar was born on March 5, 1939 in Hampstead, London, England. Educated at a convent and although she was offered a scholarship to London's Royal Academy of Dramatic Arts, Muriel Eggar was opposed to the idea of her daughter attending the school, so Eggar instead enrolled at London's Webber Douglas School for Drama in pursuit of an acting career.

While attending Webber Douglas, Eggar landed a role in a theatrical rendition of “That Hamilton Woman” by famed writer and photographer Cecil Beaton. Roles in classical productions followed, including Shakespearean plays at the famed Oxford Playhouse.

Just a few short years later, a 25-year-old Eggar won critical acclaim—including an Academy Award nod—for her performance as a kidnapping victim in the William Wyler-directed film “The Collector” (1965), based on the 1963 novel of the same name by John Fowles and also starring Terence Stamp and Mona Washbourne.

Though several successful film credits followed, including “Doctor Dolittle” (1967) and “The Molly Maguires” (1970), many agree that Eggar's finest performance came in the 1976 Sherlock Holmes crime drama “The Seven-Per-Cent Solution”. In the film, she played Mary Morstan Watson, the wife of Dr. John Watson (played by Robert Duvall).

In 1997, Eggar did voice-over work (as Hera) for the Disney film “Hercules”. Three years later, the actress appeared as Charlotte Devane on the soap opera ‘All My Children’ (2000). She was later cast on the critically acclaimed drama ‘Commander in Chief’, starring as Sara Templeton on the show from 2005 to 2006.

In 2010, Eggar emceed the ‘Catholics in Media Associates Awards Ceremony’. Since then, the actress has had parts on TV series such as ‘The Nine Lives of Chloe King’ (2011) and ‘Metalocalypse’ (2012).

Eggar appeared in only one Euro-western the futuristic “Welcome to Blood City” (1977) starring Jack Palance and Keir Dullea.