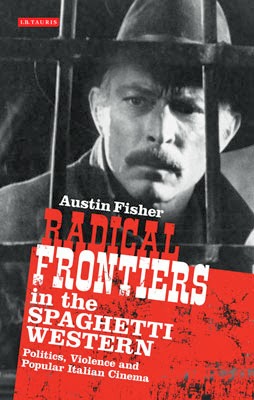 'This is a major re-appraisal of a neglected set of 1960s films, films which become more and more interesting with the passing of the years. Fisher mounts a convincing case that these Italian Westerns, made in the wake of the success of Sergio Leone's films, managed to be popular and in their way serious, both at the same time, with their various perspectives on the Italian New Left. He takes us back to a time when action films had a point to them, beyond the action; when Westerns could be criticised in the press - in all seriousness - for following the fashion for student left-wing politics; and when Jean-Pierre Gorin, Jean-Luc Godard's creative partner, could say: 'every Marxist on the block wanted to make a Western'. Austin Fisher brilliantly evokes the atmosphere of those heady times.' – Sir Christopher Frayling, Professor Emeritus of Cultural History, Royal College of Art


'While maintaining the highest scholarly standards, Radical Frontiers is accessible to non-specialists in Italian studies or film studies, written in a clear and unfussy style, and full of fascinating and vivid insights on the interface of politics and popular culture in a turbulent and important moment in recent Italian history. Austin Fisher's grasp of the political complexion of this moment (on both sides of the Atlantic) is subtle and nuanced, while his close textual analyses are lucid and insightful. I cannot think of another book exactly like it: by which I mean not only the obvious point that there are no competing studies of the political Western, but that its deft interweaving of political theory, political history and critical analysis gives it a unique place within contemporary cultural studies.' – Barry Langford, Reader in Media Arts, Royal Holloway, University of London