The Film Studio Balcazar welcomed the filming of fifty Westerns in the 1960s, until a minister for Franco ordered its demolition.

Almeria was not the only home for Spanish Spaghetti westerns. Catalonia also had a small set, located in the metropolitan area, although there is almost no sign of the location today, neither the physical space or in the collective cultural memory. “$5,000 on One Ace”, “A Pistol for Ringo”, “Oklahoma John” are some western movies that were filmed here during the 1960s in the village known as Esplugas City, a huge set built by the Film Studio Balcazar in Esplugues de Llobregat. The company was one of the most important of its time, I had a studio shoot in the same city, playing Cornella, and looked for a site on which to record the exterior.

"It was a genuinely American western genre, but the Balcazars were responsible for a new vision and were the foundation for the genre growing in Europe," recalls Juan Salvador, Esplugues neighbor who knew firsthand the town and author of Beyond Esplugas City. Those responsible for the Theatrical Productions of Balcazar were Alfonso, Francisco and Jaime Jesus brothers detected the potential importance of having a set to shoot films known as spaghetti westerns, set in the Wild West but filmed in Europe, as it would lower the recording costs.

This year is the 50th anniversary of the building of the town which will be celebrated. "We want to remember from a recreational standpoint," explains Councillor for Culture, Eduard Sanz, who recalls that the council has commissioned the Council of Nens proposing activities to raise awareness of this heritage city.

The Balcazars had no relationship with Esplugues but the fire at the facilities used in the mountains of Montjuïc of Barcelona and the inability to restore them made ​​them look for a new space in the Barcelona area. "The venue was placed in Esplugues where a studio with over 5,500 square meters of sets, and the sets that were recorded outside, with more than 10,000 square meters that used some fields," John recalls. In Esplugas City over forty buildings were recreated, from the saloon to the sheriff's office to the general store, barber, blacksmith, hotel, bank and church. Most of the buildings were complete while others were only built with the fronts and there was nothing inside. 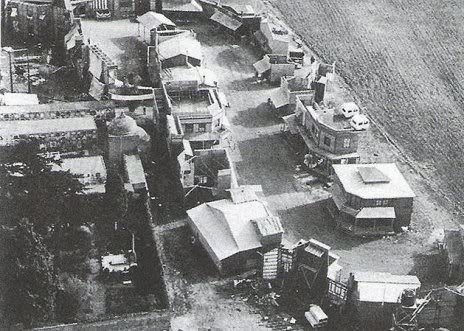 Although the town was in the center of town, it was in an enclosed space that they could not access the neighbors." The economic relationship was anecdotal," says Councillor for Culture." I once walked through the Watcher precinct, as a retired policeman," explains John. The actors but not the workers mingled with the neighbors. Juan Salvador recalls," The company had a hotel in Barcelona where the actors, who moved to Esplugues studios for filming and then to Esplugas City to shoot were staying."

The operation of the system itself was a certain relationship with a company and the city, as did Figuls pastry candy with which the living room windows were built so they could break without actors suffering damage. "The students of the school Isidre Martí after school went to collect the remains of crystals and ate them like candy lollipops," says John, who recalls that some neighbors also worked as extras in some of the productions. The locals also lived with the noise form the shooting going on at Esplugas City.

The artistic director of the town, Juan Alberto Soler, also had to find resources to avoid the reality of the city that could sneak into the shootings. To do this, for example, he placed a tower with a large water tank to cover the antennas of buildings, or a fireplace two feet high to make sense of the smoke from the nearby pottery factory Pujol i Baussis, which had two chimneys which operated alternately.

The move to the new location, in the late 1960s, coincided with the decline of the genre, which revived the series after “They Call Me Trinity”. In the early 1970s, the Balcazar brothers, seeing the decline of the genre, tried to convert the set into a theme park, which would have been the first in Spain. They got the proper permits but they could not make it happen. 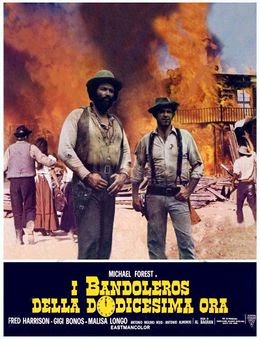 If fire was the end of the Balcazar studies in Barcelona, ​​it also did the same at Esplugues, albeit for different reasons. The Minister of Information and Tourism Alfredo Sánchez Bella Franco discovered the village one day accessed by car from Barcelona El Prat Airport. He considered that "it was a bad image" and ordered its dismantling. Given the high cost to demolish the town, the officers of the company decided to record one last film, “Now They Call Him Sacramento”, which ends with a fire that destroyed the entire town. "It was a spectacular fire that was recorded with three cameras, in case any failed, because it could not be repeated," John, who considered this a worthy way he remembers Esplugas City. 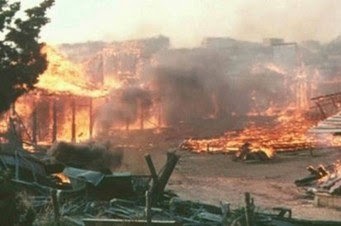