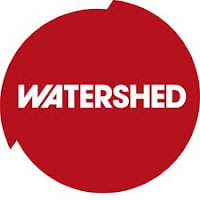 Filmic: A Festival of Film & Music

February 2 – March 31, 2012
Forget Bogart and Bacall, Astaire and Rogers, Burton and Taylor: cinema's most enduring relationship is with music. To celebrate this partnership Watershed and St George's Bristol have collaborated to produce Filmic, a brand new festival of film and music.
Running throughout February and March, Filmic's talks, concerts and films focus on two of the world's best loved film composers: Ennio Morricone and Michel Legrand. The inaugural 2012 festival features four concerts at St George's Bristol and a programme of screenings and talks here at Watershed.
Shooting from the hip, we've invited Sir Christopher Frayling to select the best Spaghetti Westerns for your viewing pleasure throughout February. He's selected The Good The Bad and The Ugly, Big Gundown, Death Rides a Horse and Once Upon A Time In the West and he'll be joining us for a special illustrated talk, For A Few Guitars More on Sun 5 Feb, which looks at the genre's revolutionary use of music.
In March, shortly after his 80th birthday, the legendary composer Michel Legrand, triple Oscar® winner and composer of over two hundred film soundtracks, will be making a special visit to Bristol, appearing at both Watershed and St George's to give a fascinating insight to his musical career in an intimate talk and perform at a concert that will draw from the whole of his illustrious film works.
The launch of Filmic takes place on Thu 9 Feb with a performance by the sensational Spaghetti Western Orchestra at St George's Bristol.
Read more about the ideas behind Filmic.
Below are details of the events and screenings that are already confirmed - please keep checking back as more details will be published as soon as they are finalised.
Showing in Filmic: A Festival of Film & Music
Spaghetti Western Sundays - The Good, The Bad and The Ugly
Sun 5 Feb 12:00
Christopher Frayling - For A Few Guitars More
Sun 5 Feb 14:30
Spaghetti Western Orchestra at St George's
Posted by Tom B. at 6:14 AM