Who Are Those Guys? - Stanley Baker 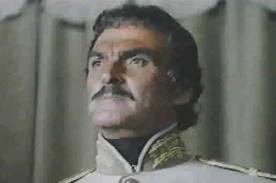 William Stanley Baker was born on February 8, 1928 in Ferndale, Rhondda Valley, Wales. He was a childhood friend of Richard Burton and made his first film appearance as a teenager in 1943's “Undercover”. He served in the Royal Army Service Corps. during World War II. After the war he picked up where he had left off appearing in 1949's “All Over the Moon”. At first Baker was cast in the roles of villains and he appeared in a number of top drawer films such as “Richard III” (1955), “Helen of Troy” (1956), “Hell Drivers” (1957). His most memorable role was as Lieutenant John Chard VC in “Zulu” (1964). Another fine performance was as Charlie in 1970's “Perfect Friday”. He formed his own production company “Diamond Films” in 1964 which produced such films as the afore mentioned “Zulu”, “Robbery” (1967) and “The Italian Job” (1968). Diamond Films was laced in consortium which bought Pinewood Studios. With the stock market crash of 1974 he declared the company bankrupt and went back to making films for television such as “Robinson Crusoe” and “The Changeling”. He was knighted in 1976. Baker appeared in two Euro-westerns “Campbell’s Kingdom” (1957) as Owen Morgan and “Zorro” in 1975 as Col. Huerta opposite Alain Delon, with whom he had one of the greatest sword fights in film history. A lifetime smoker he developed lung cancer and died in Malaga, Spain on June 28, 1976 at the young age of 48. Baker was married to actress Ellen Martin from 1950 until his death. He had three sons and one daughter.