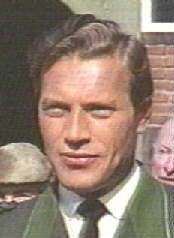 Helmuth Schneider was born on December 18, 1920 in Munich, Germany. He studied medicine in Munich in 1938 and attended acting school from 1941 to 1943, at the Deutsches Theater in Berlin. In 1942 he made his debut in the comedy Sophie Lund. Sein at the Deutschen Theater as the youthful hero. Helmut had to quit acting during World War II where he was wounded in France.


In 1946 he left Germany and stayed for six years in South and North America, where he played in Argentina, Brazil and the U.S. theater. Under the pseudonym Alexander Carlos, he appeared in several films. 1950 found Schneider in the German version of the adventure film “The Goddess of Rio Beni” as the male lead.

Helmut returned to Germany and played at the Deutsches Theater in Göttingen. Schneider took supporting roles in at that time popular family films where he repeated as a friendly hunter, estate manager etc. By the End of the 1950s he appeared in some adventure films including the Karl May Kara Ben Nemsi film “The Lion of Babylon” (1959). In the 1960s, Schneider settled in Rome and appeared in international films. He appeared as Miles Foreman in the TV series “The Leatherstocking Tales” based on the James Fenimore Cooper characters, and his only Euro-western Joe Caldwell in “The Unholy Four” (1970). He also appeared in a number of war films usually playing unsympathetic Nazi officers. Schneider died in Rio de Janeiro in a traffic accident on March 17, 1972. Today we remember Helmuth Schneider today on what would have been his 90th birthday.
Posted by Tom B. at 8:21 AM