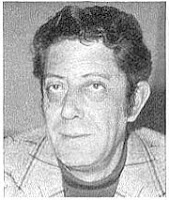 The late Joaquin Vidriales was an actor and voice dubber. He had a great medium voice, very elegant and extraordinary diction. He was the familiar Spanish voice of Jorge Rigaud, Bernard Lee or if you prefer "M" from the 007 films, Barta Barri and Edward Everett Horton, among others. He was the voice of Steve McQueen in the unforgettable movie “The Great Escape”.