Now we come to the mythical Labyrinth section, where most of the Spaghetti faces appear. 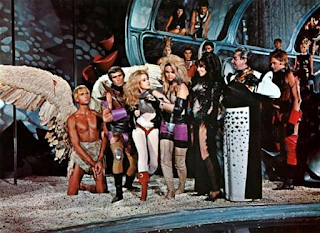 As this was an Italo-French co-production, the French partners sent over supporting player Serge Marquand, who had acted in Massacre at Marble City (1964) and Black Eagle of Santa Fe (1965), before co-starring in a pair of Giuliano Gemma westerns, Fort Yuma Gold (October, 1966) and Wanted (March, 1967).  In Barbarella, he can be seen accosting both Fonda and Law, during their journey through the Labyrinth. 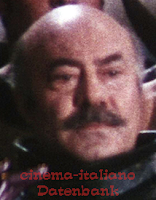 Bald actor Nino Musco is seen (and credited here), and had appeared in a string of westerns, Seven Dollars to Kill, And Go With God, Gringo, and Ramon the Mexican (all 1966).  He continued putting in uncredited western appearances throughout the seventies. 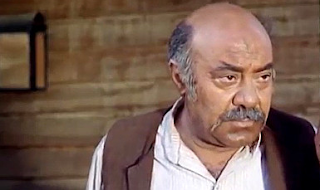 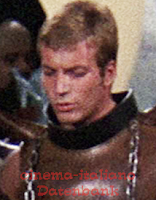 Next, we have youthful Alberto Cevenini, who had been briefly billed as “Kirk Bert” on his earlier westerns, The Road to Fort Alamo and Minnesota Clay (both 1964), before going uncredited in Barbarella. 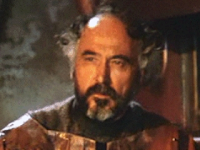 Stunt performer Angelo Susani can also be seen trailing the hapless leads, Fonda & Law, in the darkness.  Susani's westerns included The Big Gundown, Death Rides a Horse, Day of Anger (all 1967), and Beyond the Law (1968). These three films all starred Lee Van Cleef. 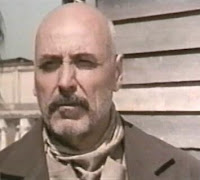 Two almost unknown Italo players, the mustachioed Altiero Di Giovanni (as the Hollow Man) and Luigi Scavran (wearing a walnut shelled face mask) also wander about the Labyrinth.  Di Giovanni’s westerns include Django Kills Silently (1967), A Man Called Sledge (1970), and A Colt in the Hand of the Devil (1972), while Scavran's previous films were The Hills Run Red (1966) and Death Rides a Horse (1967). 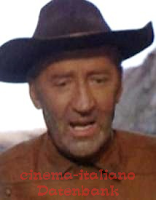 One of the credited actors, Franco Gula, will never be identified, as it is believed that his scene was junked before Barbarella was released. 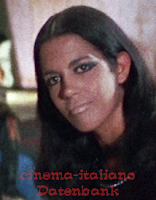 On the distaff front were Silvana Bacci, fresh from Django (1966) and French born Corinne Fontaine, from My Name is Pecos (1966).   Famously, Bacci will be remembered as Clint Eastwood's bedmate in The Good, The Bad and The Ugly (December, 1966), in which her scene was cut.  Numerous stills survive of her comely visage that attest to her casting.  Fontaine, on the other hand, is seen in Barbarella as the female who has been forever frozen, as she had emerged from a block of solid stone. 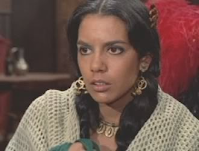 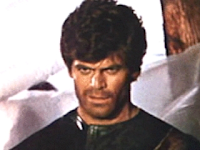 Lastly, there is an unknown actor (who has been incorrectly identified as both Gene Collins and Umberto Di Grazia), whose only two known appearances were for Paramount Pictures.  Following Barbarella, he can be glimpsed as one of Keenan Wynn's deputies in the sprawling Once Upon a Time in the West (December, 1968 / July, 1969). 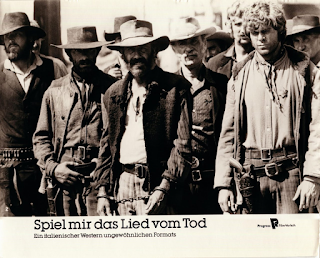 There are lots of other unidentified extras wandering throughout the Labyrinth, but most are not recognizable.  For the above players, they would all be re-discovered as audiences re-watched Barbarella and also discovered the westerns and felt a tinge of recognition.

By Michael Ferguson, with musings by David Shaw