We continue to our search for filming locations for the 1966 film “Navajo Joe”.

Sancho decides to leave Vee Duncan and run for his life but as he deserts Vee shoots him in the shoulder as he scrambles over a hill. There he staggers right into Joe who holds a rifle against his head while he carves an Indian symbol on Sancho’s forehead before bashing his skull in with a rock. 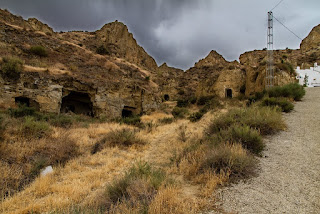 The scene was filmed north of Gaudix in the surrounding hills. 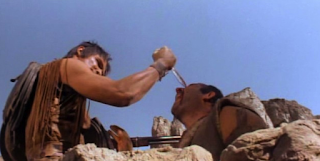